(All lessons are held in private studios at Enumclaw Music.) 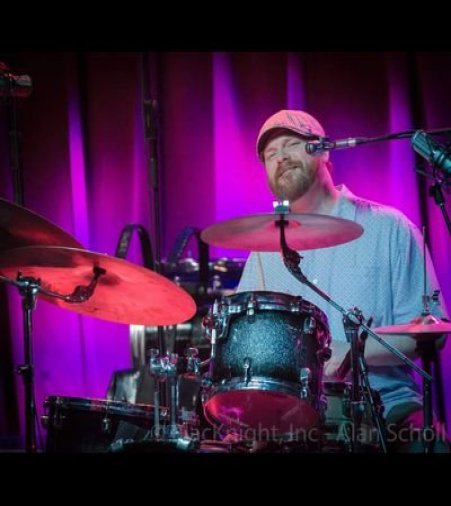 Scott Goodwin is a drummer, vocalist and songwriter featuring rock, funk and jazz stylings. Having achieved a Bachelor of Music at Eastern Washington University, Scott teaches drums at Enumclaw Music, the Seattle Drum School and regularly performs with The Andy Coe Band, Welcome Strangers, and Flowmotion along with many others. Residing in Seattle, Scott is one of the region's most sought after drummers and regularly tours California, Alaska and the Northwest with various artists.

Scott has played on and written songs for a number of albums including Welcome Strangers (2019), True Spokes (2012), Flowmotion - Ghost Pepper (2009), and The RL Heyer Trio - Turn Me Upside Down (2009). He has performed with many great artists such as Lee Oscar, Vicci Martinez, Blake Lewis, Skerik, Rob Barraco, Steve Kimock, Scott Law, Wayne Horvitz, and Papa Mali.